Rocca delle Macìe was established in 1973, when Italo Zingarelli producer of the wildly popular series of films featuring comedy duo Bud Spencer and Terence Hill (including “They Call Me Trinity” and “Trinity Is Still My Name”) decided to realize his lifelong dream by acquiring the “Le Macìe” estate – extending across 93 hectares in all, of which only two were under vine – in order to create a winery in the heart of the Chianti Classico. In 1985, Sergio, Italo’s youngest son, became personally responsible for the worldwide distribution network and in 1989 was appointed Company President. As part of Sergio’s long term business strategy and of his determination to achieve quality, he consolidates and develops, the paternal company which becomes popular worldwide, gaining many prizes and recognitions for his wines. The company estate now extends to more than 500 hectares with more than 200 planted as vineyards and 22 as olive groves, subdivided across the company’s six estates in the Chianti Classico Area and in the Morellino di Scansano Area (Maremma). 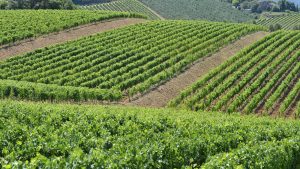 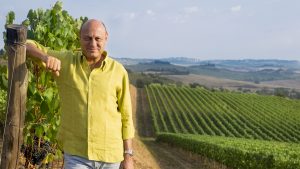 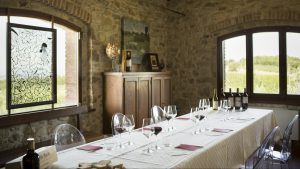 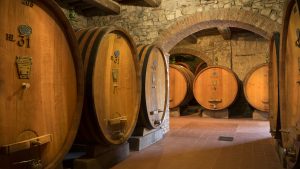